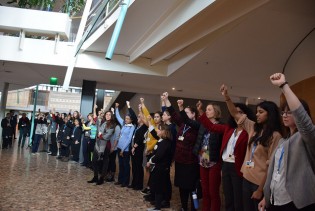 By Joan Erakit
The fact that women are underrepresented in the media industry should surprise few. The severity of this imbalance and its consequences, however, are less obvious. In a new report, the Women's Media Centre exposes these disparities and their effects on society.

By Brian Ngugi
Kenya’s rights activists are furious that the country’s highest court “violated” women’s constitutional rights by ruling against the implementation of a gender quota in parliament ahead of the 2013 general elections.
ADVERTISEMENT ADVERTISEMENT