UNITED NATIONS, Jul 12 2013 (IPS) - Apart from being an actress, film producer and writer, Geena Davis is a leading advocate of equal gender portrayal in the entertainment media. 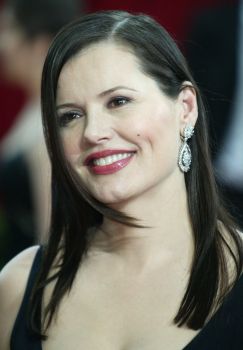 In 2007, Davis launched the Geena Davis Institute on Gender in Media, which has sponsored the largest research project to date on gender in children’s entertainment. Now, the Geena Davis Institute has partnered with UN Women, with support from the Rockefeller Foundation, to undertake its first-ever global study to analyse the depiction of female characters in family films.

Davis believes that the media industry remains discriminatory in its portrayal of women simply because these stereotypes have remained the status quo for a very long time. After playing a power role as the first female U.S. president in “Commander in Chief” and seeing enthusiastic public reactions to the TV series, Davis is convinced that media’s limited portrayal of women can and must change.

IPS correspondent Lydia Lim spoke to Davis about the gender disparity in media images, as well as the entertainment media’s potential to better depict women’s empowerment.

Q: Women and girls are often depicted negatively on-screen due to gender stereotypes in the media. We’re now in the 21st century: why is the media industry so behind on portraying gender equality?

A: My non-profit has looked at television and family films made in the United States, covering a 20-year span, and unfortunately, the percentage of female characters only went up 0.7 percent during those 20 years. That would mean we’d achieve [gender] parity in around 700 years.

So clearly, we need to become very proactive about improving the quantity and quality of female characters, especially in what children see. I had assumed that in the 21st century, surely we were showing kids boys and girls sharing the sandbox equally.

Q: What kind of effect does this negative depiction of women on-screen have on young girls?

A: We’re training children to see girls and women as not taking up half the space in the world, if this is the image that is reflected to them. And also, with the limited and negative portrayals of the female characters that are there, we’re teaching them that women and girls are not as important as men and boys.

They don’t do the important things; they don’t hold the important jobs; and very often, they’re not integral to the plot. We also found that the function of a female character in a film or a children’s television show is to serve as eye-candy, rather than having an occupation or aspiration.

Q: Does this gender disparity have to do with few women holding positions of power behind the scenes, such as in the roles of directors and screenwriters?

A: Definitely. Currently, female directors are at about seven percent, writers at about 13 percent and producers, 20 percent – which are all very low numbers. And we know from our research that if there’s a woman director, producer or writer, the percentage of female characters on screen goes up. So another way we can attack the problem is to increase the number of women behind the camera as well.

Q: In “Commander in Chief” (a U.S. television series in 2005), you portrayed the first female president of the United States. Were you satisfied that your character depicted women’s empowerment?

A: I was thrilled to do it. My first thought when I was offered the job was, what could be more iconic than that? And I had already been fortunate to play some parts that really resonated with women, so I relished the opportunity.

Unfortunately, my administration was very short – we only had one season of the show – but a group called Kaplan Thaler did a study after the show was on the air and found that people were 68 percent more likely to say they’d vote for a female candidate for president if they were familiar with the show.

Just by seeing my character behind the desk 19 times, it was enough to profoundly change a lot of people’s minds about the possibility of a female president.

Q: Are you confident that this global study under the partnership with UN Women will change the way people around the world perceive women?

A: I’m very excited about this first-ever global study of the depictions of female characters around the world. [By examining] the 10 top box-office grossing countries, we’ll look at character representations, what role they’re playing, and their physical depictions.

And we’re able to do this broad-reaching study because of the participation of UN Women and the Rockefeller Foundation. We think it will be very impactful, and I think this will be very valuable information for everyone and also critical to any NGOs conducting global programmes because of the profound influence media images and messages have on civic, cultural beliefs and behaviours.