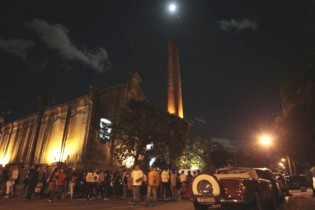 By Jillian Kestler-D'Amours
George Sahhar opens the door to a closet-sized control room, where a cacophony of wires, routers, papers, and computer screens are messily strewn across a desk.
ADVERTISEMENT ADVERTISEMENT