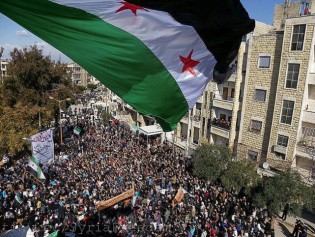 By Jim Lobe
Despite U.S. and Western pressure on the opposition to take part in U.N.-sponsored talks aimed at halting the two-and-a-half-year-old Syrian civil war, most experts here believe the rebels are unlikely to show up any time soon. And even if they do, the results will be unlikely to change much of anything on the ground.
ADVERTISEMENT ADVERTISEMENT