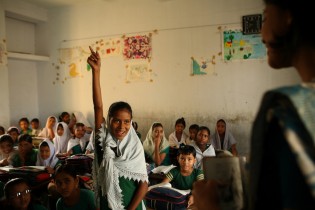 By an IPS Correspondent
The importance of education in the promotion of peace, sustainable development and human dignity, and the prevention of violent extremism, was the focus of a Global Citizenship Education Seminar at UN headquarters in New York on Friday September 9.

By Kartikeya V. Sarabhai
Education for Sustainable Development (ESD) brings together concerns about the environment, economic development and social aspects. Since 1972, when the first U.N. Conference on the Human Environment was held in Stockholm, Sweden, there has been increasing awareness of the intricate link between conserving the environment and human development.
ADVERTISEMENT ADVERTISEMENT