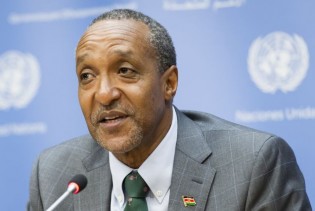 By Thalif Deen
After six weeks in office, the new U.N. High Commissioner for Human Rights (UNHCHR) Zeid Ra'ad al-Hussein of Jordan launched a blistering attack on member states for insufficient funding, thereby forcing operations in his office to the breaking point "in a world that seems to be lurching from crisis to ever-more dangerous crisis."

By Thalif Deen
When the administration of President George W. Bush launched a military attack on Iraq in March 2003, it was nearly 18 months before Kofi Annan, then-U.N. secretary-general, described the invasion as "illegal" and in "violation of the U.N. charter" because the United States did not have Security Council authorisation.
ADVERTISEMENT ADVERTISEMENT