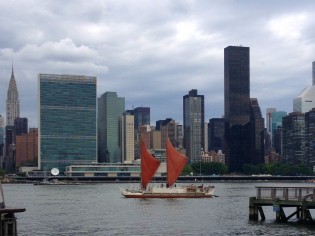 By Lyndal Rowlands
Polynesian voyagers who have sailed the world by canoe using ancient navigation skills will bring pledges they collected along the way to the UN on Wednesday as part of World Oceans Day celebrations.