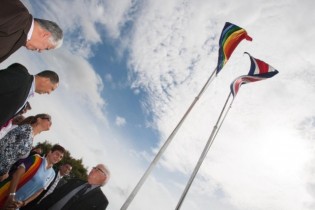 By Zukiswa Zimela
Women should take a more active role in ensuring peace and security on the African continent. Zukiswa Zimela reports from the fifth ordinary session of the Pan African Parliament in Midrand, South Africa.

Zambia needs to do more on gender equality

By Brian Moonga
Zambia has signed numerous international treaties to help promote gender equality, among them the International Labour Organization (ILO) Convention on equal pay for work of equal value. But, as Brian Moonga reports, some gender activists feel much more needs to be done to reach gender parity.

By IPS Correspondents
A lack of funding is stopping South Africa businesswomen from reaching their rightfull place in the commercial sector. Zukiswa Zimela interviews the awardwinning CEO of Sikelela, Nondumiso Mzizana.

SA needs to use water more than once

By IPS Correspondents
Experts say South Africa needs to focus on reusing its water or it will be forced to import the resource from beyond its borders. Zukiswa Zimela reports from Johannesburg.
ADVERTISEMENT ADVERTISEMENT