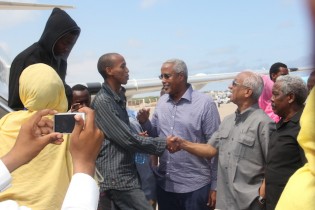 By Farhang Jahanpour
In a radio broadcast in October 1939, Winston Churchill described communist Russia as "a riddle, wrapped in a mystery, inside an enigma.” Many people in the West today have the same feeling about Iran under the ayatollahs. One hears many pundits refer to Iranian politics as mysterious, inscrutable, baffling and unpredictable.

By Richard Heydarian
With the administration of Philippines President Benigno Aquino III devoting much of its political capital to resolving the conflict in the southern Philippine island of Mindanao, which has claimed around 150,000 lives over decades, many came to believe in the genuine possibility of a new era of stability and economic prosperity in the region.
ADVERTISEMENT ADVERTISEMENT