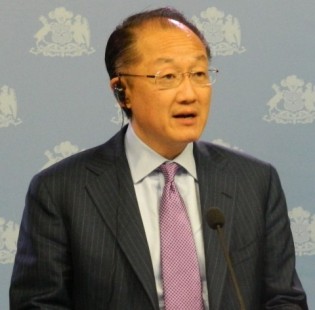 By Carey L. Biron
An external review panel is calling on the World Bank to institute sweeping reforms to its widely cited annual “Doing Business” report, including doing away with a controversial ranking of countries on a variety of business-friendliness metrics.

By Gordon Brown
“Recall the face of the poorest and weakest man you have seen, and ask yourself if this step you contemplate is going to be any use to him.”

By Carey L. Biron
Speaking on Wednesday at his first major public address, new World Bank President Jim Yong Kim said the institution needs to be more flexible and responsive, as well as more open to innovations coming from the developing world.

By Carey L. Biron
Incoming World Bank President Jim Yong Kim reported to work on Monday for the first time, telling those gathered at the bank's headquarters here in Washington that he was "humbled and inspired to take over today as president".
ADVERTISEMENT ADVERTISEMENT