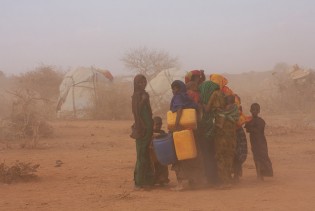 By Tharanga Yakupitiyage
While it can be a challenging issue, migration must be seen as an opportunity and be met with sound, coherent policies that neither stem nor promote the phenomenon.

By Mario Lubetkin
One of the most significant aspects of the international conference on climate change, concluded in Paris on December 12, is that food security and ending hunger feature in the global agenda of the climate change debate.
ADVERTISEMENT ADVERTISEMENT