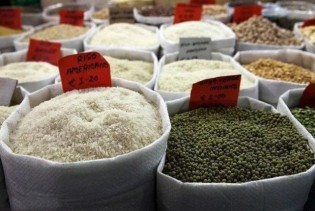 By Mario Lubetkin
The effects of COVID-19 over the past two years, in addition to the increase in wars and conflicts, climate change and economic crises, have aggravated global food insecurity, generating serious concerns for 2022.

2021 Revealed the Fragility of Food Systems

By Mario Lubetkin
The end of this year has revealed the fragility of food systems when faced with sudden disruptions such as those observed during the COVID-19 pandemic. These disruptions have increased the number of people with limited or no access to food in the world. Today, more than 811 million people suffer from hunger, according to recent studies.

By Mario Lubetkin
The UN Food Systems Pre-Summit, held from 26 to 28 July in Rome, highlighted, as perhaps never before, that hunger can be defeated if we also manage to protect the environment, promote better nutrition and health. This new mentality and comprehensive approach consist of considering higher levels of economic investment to stimulate trade in agriculture and food and pursue a path towards a sustainable future.

The Ethics of AI to Ensure Food Security and Development

By Mario Lubetkin
One year after the call for a group of international and religious organizations and important multinational companies to incorporate ethics into the design of artificial intelligence (AI), Pope Francis said in a tweet: “I hope that more and more people of good will cooperate in the promotion of the common good, the protection of those lagging behind and the development of a shared algor-ethics”.

By Mario Lubetkin
Overcoming the digital gap to face food insecurity with the use of artificial intelligence practices in agriculture is part of a growing debate that seeks to simultaneously safeguard natural resources and address the difficulties generated by climate change and the implications of the COVID-19 pandemic.

By Mario Lubetkin
Six months have passed since the beginning of the United Nations International Year of the Cooperatives (IYC). There can be no doubt it has fallen far short of its goal of calling the world's attention to this formidable instrument of social production.

Communication Missing in the International Year of Cooperatives

By Mario Lubetkin
Six months have passed since the beginning of the United Nations International Year of the Cooperatives (IYC). There can be no doubt it has fallen far short of its goal of calling the world's attention to this formidable instrument of social production.
Next Page »
ADVERTISEMENT ADVERTISEMENT