This is an op-ed by Mario Lubetkin, FAO Assistant Director-General and designated FAO Regional Representative for Latin America and the Caribbean (1 August 2022) 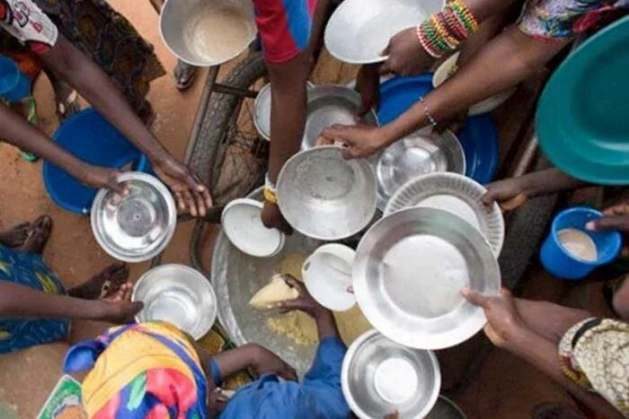 ROME, Jul 13 2022 (IPS) - The signs of the last few years indicate a continuous setback towards achieving food security. The Food and Agriculture Organization of the United Nations’ (FAO) annual report, “The State of Food Security and Nutrition in the World (SOFI)”, prepared together with other UN agencies and presented on July 6th leaves no doubt about the dangerous situation in which we find ourselves regarding the real possibilities of eliminating hunger and poverty by 2030, as solemnly proposed by the international community in October 2015 in New York.

In 2021, nearly 2.3 billion people were moderately or severely food insecure that is, 350 million more than those who suffered from it before COVID-19. Likewise, around 924 million people, representing 11.7% of the world's population, faced severe levels of food insecurity, a figure that increased by 207 million in just two years

Looking into the future, the report projects that at this rate, even with a global economic recovery, around 670 million people will go hungry, or 8% of the world’s population. This is the same percentage as in 2015 when more than 150 heads of state and government adopted the Sustainable Development Goals (SDGs) to eliminate hunger and poverty worldwide by 2030!

Experts remind us that, in 2021, nearly 2.3 billion people were moderately or severely food insecure that is, 350 million more than those who suffered from it before COVID-19.

Likewise, around 924 million people, representing 11.7% of the world’s population, faced severe levels of food insecurity, a figure that increased by 207 million in just two years. Moreover, the gender gap continued to widen, with women accounting for 31.9% of these dramatic figures, while men accounted for 27.6%.

In 2020, nearly 3.1 billion people could not afford to maintain a healthy diet, 112 million more than in 2019, reflecting the consumer consequences of the effects of food price inflation stemming from the economic implications of COVID-19.

This is without calculating the impact of the war in Ukraine involving two of the world’s main producers of basic grains, oilseeds and fertilizers, and other conflicts around the world.

Clearly, this is disrupting the international supply chains and driving up the price of grains, fertilizers and energy, as well as ready-to-eat therapeutic foods for the treatment of severe malnutrition in children.

An estimated 45 million children under the age of five suffer from wasting. This is one of the deadliest forms of malnutrition that increases the risk of child mortality 12-fold. Meanwhile, 149 million children of the same age suffer from stunted growth and development due to a chronic lack of nutrients necessary for a healthy diet, and another 39 million are overweight, all aspects that will undoubtedly affect the future development of our societies.

One way to contribute to economic recovery when faced with the danger of a global recession with its direct consequences on public income and spending, is to adapt the forms of support for food and agriculture, which between 2013 and 2018 was 630,000 million dollars, and allocate them to nutritious foods where per capita consumption still falls short of the recommended levels for a healthy diet.

The SOFI report suggests that if governments were to adapt the resources they are using to encourage the production, supply and consumption of nutritious food, they would contribute to making healthy diets less expensive, more affordable and equitable for all people.

FAO, through its Director-General Qu Dongyu, insists that, in this complex situation, aggravated by war and climatic factors, investment in countries affected by rising food prices should increase, especially by supporting local production of nutritious food.

Currently, only 8% of all food security funding under emergency aid goes to support agricultural production.

In addition, information tools must be improved to enable better analysis and decision-making on food security and nutrition, in particular by using the Integrated Phase Classification (IPC), which can be a key factor in global responses to hunger.

Specialists say that policies aimed at increasing the productivity, efficiency, resilience and inclusion of agrifood systems should be promoted.

For this to happen, a financial investment equivalent to 8% of the volume of the agrifood market would be advisable, and these investments should focus on value chain infrastructure, innovation, new technologies and inclusive digital infrastructure.

Reducing food loss and waste could feed an additional 1.26 billion people a year, including enough fruit and vegetables for everyone.

In parallel, it would be advisable to ensure a better and more efficient use of available fertilizers for a better adaptation to local agricultural systems, maintaining market transparency, using tools such as the Agricultural Market Information System (AMIS), which is important for building confidence in world markets, while seeking to stabilize prices, preserving the open world trade system.

The solutions exist, but we must act before it is too late.