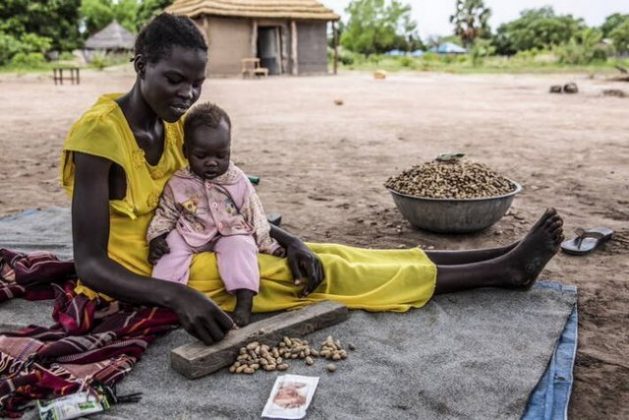 ROME, May 1 2021 (IPS) - More than a year after the start of the COVID-19 pandemic, food and nutrition security continues to show its fragility.

The Food and Agriculture Organization of the United Nations (FAO) reported in 2020 that more than 690 million people suffer from hunger, and that the outbreak of the pandemic projected an increase of 130 million in the number of people affected by chronic hunger in the world, a fact that is gradually being verified.

This means that more than 10 percent of the world’s population is in a borderline situation, a fact that moves away from the objectives proposed by the international community in the platform of the Sustainable Development Goals (SDGs) in 2015, consisting in eliminating poverty and hunger by 2030.

This situation is compounded by the existence of more than 650 million people who suffer from obesity problems, which determines that, along with hunger, malnutrition is another scourge in constant evolution.

In Latin America alone, 200 million adults and 50 million children and adolescents are overweight.

Although this difficult reality existed before the beginning of the pandemic, some of the reasons that determined this situation, such as conflicts, saw a significant increase during the last year.

Such is the situation in countries like the Congo, where according to a report prepared jointly by FAO and the World Food Program (WFP) in 2021, more than 27 million inhabitants (one in three Congolese) are in a situation of acute food insecurity. In another FAO and WFP report from the second half of 2020, both organizations predicted that more than 27 countries in all regions were exposed to an imminent food crisis caused by COVID-19.

The fragility of the health situation is compounded by the effects of the worsening economic conditions resulting from the same circumstance.

It is estimated that today, 35 percent of jobs related to the food system are at risk.

Some economists already define the situation that began in 2020 as the “lost decade”.

If we wanted to return to pre-pandemic levels, i.e., before 2019, and if we maintained the average growth of the last decade, which was 1.8 percent, only by 2024 would we reach the economic levels of more than a year before by 2024. However, if the growth average was that of the last six years, i.e., 0.3 percent, we would return to the situation of 2019 only in 10 years.

In 2020 imports were strongly affected, there were great difficulties in trade, border closures and transportation problems that have only been partially overcome in recent months.

In Latin America alone, the decrease in gross domestic product was 7.7 percent, with the closure of 2.7 million companies of all kinds.

Although the levels of contagion continue to grow, according to the global numbers, the beginning of the gradual but massive vaccination process has generated hope of overcoming the worst moments of the present situation.

If this difficult scenario begins a process of improvement in the second half of this year or towards the beginning of 2022, a situation still to be verified, the countries should prepare to heal wounds and face the existing crises in the health, economy and environment triangle, in the perspective of development.

According to the thoughts of many countries, specialists and international organizations, such as FAO, recovery accelerating instruments should be focused on innovation, technology, data management and other key aspects such as human capital, institutions, and governance.

It will be essential to prioritize investments, especially in infrastructure throughout the entire food value chain. It is necessary to improve the technology and infrastructure for the handling, storage and processing of food products, as well as increasing investment in the structure of agricultural production to reduce losses and waste.

In parallel, trade must be improved, through diversification, increasing electronic commerce and increasing resilience in times of crisis.

For this to happen, new synergies must be generated between different players.

At the FAO level, a global coalition on food has recently been launched to try to overcome the solutions limited to the countries themselves, establish a fluid dialogue between them on the positive experiences developed in this first year of the COVID-19 pandemic and, in turn, prepare countries for the next phase of socio-economic and environmental recovery.

This coalition is based on four main axes: a global plan of humanitarian responses, economic inclusion and social protection to reduce poverty, the reduction of food waste and the transformation of the food system.

This is a great challenge, for which the individual action of governments is not enough. The private sector, civil society and the academic sector, among others, must also participate in this protection and effort to relaunch.

The coming months will indicate if we are on the right track in reducing the impact of this massive pandemic, and if countries will get back on track to absorb the effects of this dramatic crisis and project a reality that gives new perspectives to the next generations.