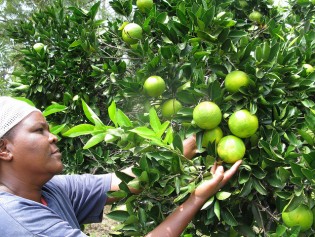 By Milagros Salazar
Some 40 multicoloured tents were set up to showcase the fruits of community-based rural development projects in the main square of this village in southern Peru during a visit by IFAD president Kanayo Nwanze.
ADVERTISEMENT ADVERTISEMENT