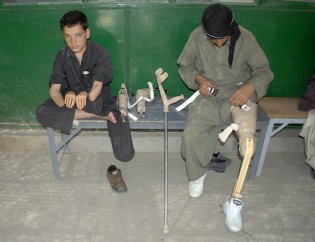 By Esmatullah Mayar
Efforts to clear Afghanistan of landmines have been painfully slow. At least 45 people on average lose their limbs every month to deadly anti-personnel mines, according to the Mine Action Coordination Centre of Afghanistan, formerly a project of the UN Mine Action Service, and now a national entity.

By Mel Frykberg
“Before she was murdered, she wasn’t alive. We’ll tell her story backwards from her murder to her birth”…so begins a powerful new song by critically acclaimed Palestinian hip-hop band DAM to draw attention to the continuing murder of Palestinian women by male relatives declaring that “family honour” has been damaged by alleged sexual indiscretions.
ADVERTISEMENT ADVERTISEMENT