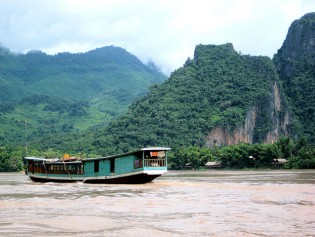 By Jim Lobe
Disarmament activists and former U.S. ambassadors are urging Secretary of State Hillary Clinton to increase U.S. aid to Laos to clear millions of tonnes of unexploded ordinance (UXO) left by U.S. bombers on its territory during the Indochina War during her brief visit to the country Wednesday.
ADVERTISEMENT ADVERTISEMENT