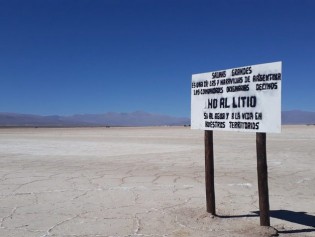 By Marianela Jarroud
The Chilean government's decision to invite companies to tender offers for mine lithium resources has been widely rejected by mining trade unions and legislators of the opposition.
ADVERTISEMENT ADVERTISEMENT