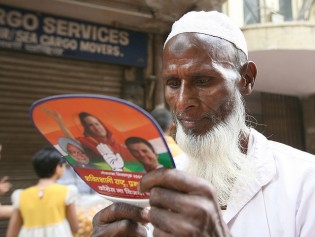 By Manipadma Jena
“Men just do not want to give up their seats, it’s as simple as that,” says 67-year-old candidate in the Indian election Subhhasini Ali, voicing a gloomy view across women’s groups in India.
ADVERTISEMENT ADVERTISEMENT