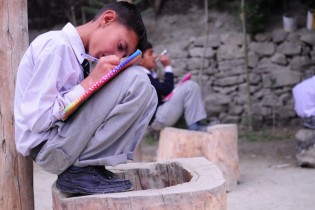 By Ashfaq Yusufzai
Mustafa Khan, who sells cigarettes by the roadside in a Pakistani village, has a simple reason for sending two of his sons to a madrassa, an Islamic seminary, and not to a proper school. “We cannot afford it,” he says.