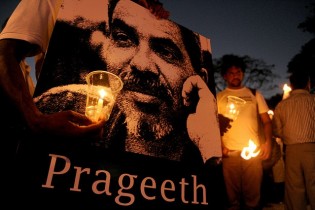 By Amantha Perera
These days, the national greeting in Sri Lanka is a simple question: “So, what do you think?” Everyone from van drivers waiting to pick kids up from school, to mechanics repairing vehicles, to barbers cutting your hair have only this question on their lips.

By Amantha Perera
The signs had been clear for months; beneath the veneer of normalcy in Sri Lanka’s southwestern coastal town of Aluthgama, religious tensions were brewing, but no one was sure how or when they would erupt.
ADVERTISEMENT ADVERTISEMENT