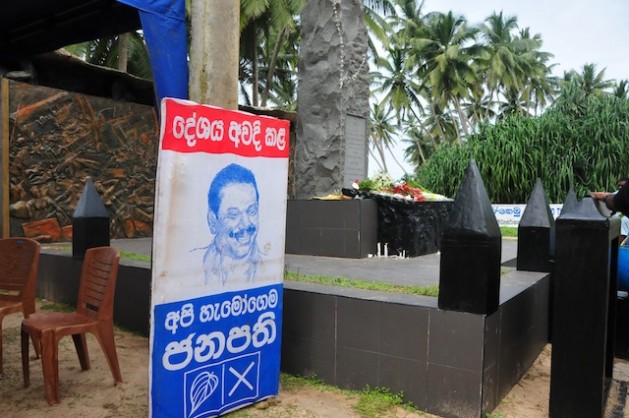 Everyone from van drivers waiting to pick kids up from school, to mechanics repairing vehicles, to barbers cutting your hair have only this question on their lips.

Even government ministers, though appearing assured of their victory at the upcoming Jan. 8 presidential polls while addressing crowds of supporters on stage, ask this query of journalists during interviews. Businesses are carrying out mock polls to determine the outcome. A Twitter hashtag conceived for the election receives updates by the second.

“In a tight election, if voters stay away, that could be decisive." -- Keerthi Tennakoon, head of the Campaign for Free and Fair Elections (CaFFE)
The last time a single topic occupied the entire nation’s mind was last April, as the Sri Lankan cricket team steadily progressed through the World T20 Championships. This time, the issue up for debate has far greater consequences; it will determine the future of this country of 21 million people for the next six years.

The election is living up to the bill that it will be keenly contested. Election monitors who travel around the country speak of generally reticent voters openly discussing how their choice could be decisive this year.

There are some 14.5 million registered voters in Sri Lanka and at least 70 percent will cast their ballots, according to monitors, if the situation remains clam.

But like the T20 Cricket Championship, elections too offer only one chance for victory, leaving little room for missteps or lost momentum.

When the incumbent President Mahinda Rajapaksa called for snap elections on Nov. 20, two years before they were due, the expectations within his governing coalition, the United People’s Freedom Alliance (UPFA), was that long-standing opposition leader Ranil Wickremesinghe would step up to the plate.

What was expected to be a re-run of the 2005 elections won easily by Rajapaksa has turned into a full throttle dash to the finish, with the general secretary of Rajapaksa’s own party and his Minister of Health Maithripala Sirisena quitting the government and entering the fray as the common candidate for the opposition.

Since that defection it has been politics, Sri Lankan-style, at its worst and best. Campaigning has stooped to the lowest levels of mud slinging, while parliamentarians have switched sides en masse, mainly from the government’s ranks. 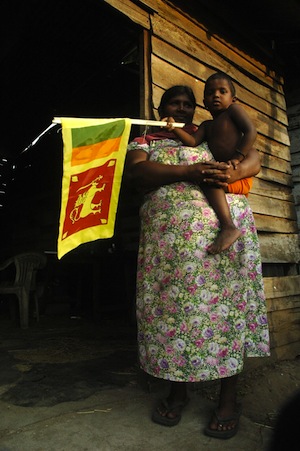 Formerly reticent voters in Sri Lanka are talking openly about their choice at the upcoming presidential polls. Credit: Amantha Perera/IPS

Rajapaksa gained two opposition members including the general secretary of the main opposition United National Party (UNP), while Sirisena has been endorsed by at least 26 MPs formerly with the government.

For the first time in the last five years, the word ‘underdog’ was used to refer to President Rajapaksa, when the widely read Sunday Times newspaper carried the headline, “Rajapaksa goes in as underdog, but is no pushover”, on the last weekend before the polls.

A month ago, such a comparison would have been unheard of in Sri Lanka, where the governing coalition has enjoyed an unprecedented degree of control over social, economic and political life since defeating the separatist Liberation Tigers of Tamil Eelam (LTTE) in 2009 and bringing an end to nearly three decades of civil war.

But Sirisena has campaigned hard and more than lived up to the prediction that he will test the popularity of the Rajapaksa regime.

As the election campaign enters its final 72 hours, there is growing fear among monitors that violence will escalate.

In the last two days, two rallies addressed by Sirisena – one in Pelmadulla in the Ratnapura District of the southwestern Sabaragamuwa Province, and the other in Aralaganwila in his native Polonnaruwa District in the North Central Province – have come under attack, with shots being fired at the latter rally according to reports on social media.

In the early hours of Jan. 5, the last day of campaigning, the streets of the town of Kahawatte, close to the Rathapura District, were turned into a battle-zone as opposition supporters took on a group of government loyalists who had arrived in eight vehicles.

The pro-government group allegedly started the fracas by attacking opposition members erecting a stage for a rally slated to begin later on Monday.

Three opposition supporters were injured, one critically due to gun shot wounds, and several party offices supporting Rajapaksa were set on fire.

Since the start of the campaign election monitors have complained of police inaction. In the Kahawatte incident they said that police had only intervened when opposition supporters began attacking government election offices after they were fired at.

Keerthi Tennakoon, who heads the Campaign for Free and Fair Elections (CaFFE), says there has been disturbing information that systematic violence could be unleashed in selected polling areas.

“In a tight election, if voters stay away, that could be decisive,” he warned.