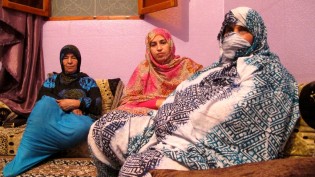 By Mohamed Abderrahmane
Cattle herder Mohamed Ould Bouthiah has seen the future, and he likes what he sees. "Five of my cows are crossbreeds with a European variety, and those five together produce 80 litres of milk a day."

By Mohamed Abderrahmane
"The palm tree is a means of survival," said Tahya Mint Mohamed, a 44-year-old Mauritanian farmer and mother of three children. “We eat its dates; we make mats, beds and chairs from palms; the leaves are also used to make baskets and to feed our livestock.”
ADVERTISEMENT ADVERTISEMENT