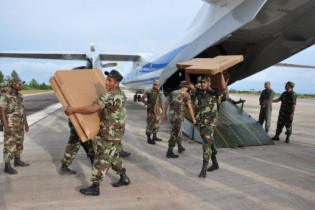 By José Adán Silva
Nicaragua, the second-poorest country in the Americas, is tapping into its depleted coffers to upgrade its ageing military fleet with costly new equipment from Russia – a move that has sparked controversy at home and concern among the country’s Central American neighbours.

By Thalif Deen
The spreading economic crisis is taking a bite out of Western military spending - even as the world's developing nations, along with Russia and China, boosted their arms expenditures last year.
ADVERTISEMENT ADVERTISEMENT