With many EU leaders, ministers and senior officials slow to respond to world events given Europe’s traditionally long summer break, the 2014 summer of death and violence has left the reputation of ‘Global Europe’ in tatters, highlighting the EU’s apparent disconnect from the bleak reality surrounding it.

When she takes charge in November along with other members of the new European Commission, led by Jean-Claude Juncker, Mogherini’s first priority must be to restore Europe’s credibility in an increasingly volatile and chaotic global landscape. 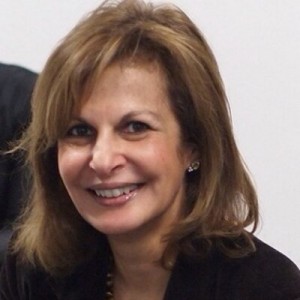 It cannot be business as usual. A strategic rethink of Europe’s global outreach is urgent.

Europe can no longer pretend that it is not – or only mildly – shaken by events on its doorstep. In a world where many countries are wracked by war, terrorism and extremism, EU foreign policy cannot afford to be ad hoc, reactive and haphazard.

Given their different national interests and histories, European governments are unlikely to ever speak with “one voice” on foreign policy. But they can and should strive to share a coherent, common, strategic reflection and vision of Europe’s future in an uncertain and anxious world.

Changing gears is going to be tough. Many of Europe’s key beliefs in the use of soft power, a reliance on effective multilateralism, the rule of law and a liberal world order are being shredded by governments and non-state actors alike.

With China and other emerging nations, especially in Asia, gaining increased economic and political clout, Europe has been losing global power and influence for almost a decade.

“Europe can no longer pretend that it is not – or only mildly – shaken by events on its doorstep. In a world where many countries are wracked by war, terrorism and extremism, EU foreign policy cannot afford to be ad hoc, reactive and haphazard”

Despite pleas by the North Atlantic Treaty Organization (NATO) and the crisis in Ukraine, most European governments remain reluctant to increase military and defence spending. At the same time, the Eurozone crisis and Europe’s plodding economic recovery with unacceptably high unemployment continue to erode public support for the EU both at home and abroad.

Populist far-right and extreme-left groups in Europe – including in the European Parliament – preach a protectionist and inward-looking agenda. Most significantly, EU national governments are becoming ever greedier in seeking to renationalise important chunks of what is still called Europe’s “common foreign and security policy”.

To prove her critics wrong – and demonstrate foreign policy expertise and flair despite only a six-month stint as Italy’s foreign minister – Mogherini will have to hit the ground running.

Her performance at the European Parliament on September 2, including an adamant rejection of charges of being “pro-Russian”, appears to have been impressive. Admirers point out that she is a hard-working team player, who reads her briefs carefully and speaks fluent English and French in addition to her native Italian.

These qualities should stand her in good stead as she manages the unwieldy European External Action Service (EEAS), plays the role of vice president of the European Commission, chairs EU foreign ministerial meetings, chats up foreign counterparts and travels around the world while also – hopefully – spearheading a strategic review of Europe’s global interests and priorities. 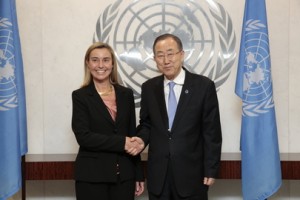 The tasks ahead are certainly daunting. There is need for reflection and action on several fronts – all at the same time. Eleven years after the then EU High Representative Javier Solana drew up the much-lauded European Security Strategy (partially revised in 2008), Europe needs to reassess the regional and global security environment, reset its aims and ambitions and define a new agenda for action.

But this much-needed policy overhaul to tackle new and evolving challenges must go hand-in-hand with quick fire-fighting measures to deal with immediate regional and global flashpoints.

The world in 2014 is complex and complicated, multi-polar, disorderly and unpredictable. Russia’s actions in Ukraine have up-ended the post-World War security order in Europe. The so-called “Islamic State” is spreading its hateful ideology through murder and assassination in Syria and Iraq, not too far from Europe’s borders. A fragile Middle East truce is no guarantee of real peace between Israelis and Palestinians. Relations with China have to be reinforced and consolidated. These and other complex problems require multi-faceted responses.

The days of ‘one-size-fits-all’ foreign policy are well and truly over. In an inter-connected and interdependent world, foreign policy means working with friends but also with enemies, with like-minded nations and those which are non-like-minded, with competitors and allies.

It is imperative to pay special attention to China, India and other headline-grabbing big countries, but it could be self-defeating to ignore the significance and clout of Indonesia, Mexico and other middle or even small powers. Upgrading ties with the United States remains crucial. While relations with states and governments are important they must go hand-in-hand with contacts with business leaders, civil society actors and young people.

Finally, Europe needs to acquire a less simplistic and more sophisticated understanding of Islam and its Muslim neighbours, including Turkey, which has been left in uncertainty about EU membership for more than fifty years.

Europe’s response to the new world must include a smart mix of brain and brawn, soft and hard power, carrots and sticks. Isolation and sanctions cannot work on their own but neither can a foreign policy based only on feel-good incentives. The EU’s existing foreign policy tools need to be sharpened but European policymakers also need to sharpen and update their view of the world.

Mogherini’s youth – and hopefully fresh stance on some of these issues – could be assets in this exercise. Importantly, Mogherini must work in close cooperation and consultation with other EU institutions, including the European Parliament and especially the European Commission whose many departments, including enlargement issues, trade, humanitarian affairs, environment, energy and development are crucial components of ‘Global Europe’.

The failure of synergies among Commission departments is believed to be at least partly responsible for the weaknesses of the EU’s “Neighbourhood Policy”.

Also, a coherent EU foreign policy demands close coordination with EU capitals. This is especially true in relations with China. Recent experience shows that, as in the case of negotiations with Iran, the EU is most effective when the foreign policy chief works in tandem with EU member states. Closer contacts with NATO will also be vital if Europe is to forge a credible strategy vis-à-vis Russia and Ukraine.

Such cooperation is especially important if – as I suggest – Mogherini embarks on a revamp of EU foreign and security policy.

Mogherini will not be able to do it on her own. Much will depend on the EEAS team she works with and the knowledge, expertise and passion her aides bring to their work. Team work and leadership, not micro-management, will be required.

Putting pressing global issues on the backburner is no longer an option. The change of guard in Brussels is the right moment to review and reconsider Europe’s role in the world. Global Europe’s disconnect needs to be tackled before it is too late.

* Shada Islam, Head of the Asia Programme at Friends of Europe, a leading independent think tank in Brussels, is an experienced journalist, columnist, policy analyst and communication specialist with a strong background in geopolitical, foreign, economic and trade policy issues involving Europe, Asia, Middle East, Africa and the United States.