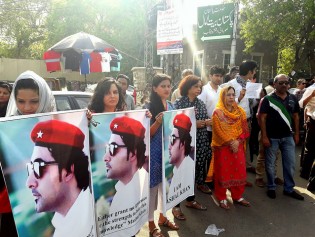 By Farhang Jahanpour
When Ibrahim al-Badri al-Samarrai adopted the name of Abu-Bakr al-Baghdadi al-Husseini al-Quraishi and revealed himself to the world as the Amir al-Mu’minin (the Commander of the Faithful) Caliph Ibrahim of the self-proclaimed Islamic State, the whole world had to sit up and take notice of him.
Next Page »
ADVERTISEMENT ADVERTISEMENT