Movement for Peace and Justice with Dignity 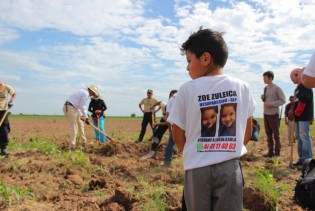 By Daniela Pastrana
Each scarf represents a life cut short. Each stitch, a tear. Each thread, a cry of frustration about death and impunity.
ADVERTISEMENT ADVERTISEMENT