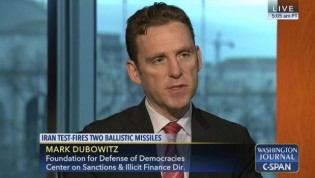 By Jim Lobe
U.S. President Barack Obama’s new strategy to “degrade, and ultimately destroy” the Islamic State of Iraq and Syria (ISIS) is being met with widespread scepticism among both hawks and doves, as well as regional specialists.

By Jim Lobe
Ten days after the signing in Geneva of a groundbreaking deal on Iran’s nuclear programme, the agreement appears safe from any serious attack by the strongly pro-Israel U.S. Congress, at least for the balance of 2013.

By Jim Lobe
Despite strenuous objections by Israeli Prime Minister Benjamin Netanyahu and mostly Republican lawmakers here, the new accord between the Iran and the U.S. and five other major powers on Tehran’s nuclear programme appears to be gaining support here and abroad.

By Jim Lobe
Hopeful statements emerging from this week’s talks between Iran and the great powers have clearly set back foes of any détente between Washington and Tehran, but they are far from giving up the fight.

By Jim Lobe
A week that began with a blistering denunciation by Israeli Prime Minister Binyamin Netanyahu of Iranian duplicity ended with diminished prospects for Israel to take direct action to address Iran's nuclear capabilities.

By Jim Lobe
On the eve of a possible – if seemingly accidental – encounter between U.S. President Barack Obama and Iranian President Hassan Rouhani in the corridors of the U.N. Secretariat building Tuesday, speculation over the possibility of détente between Washington and Tehran has become rampant.

By Jim Lobe
President Barack Obama’s decision to put off a vote by Congress on the use of military force against Syria in order to pursue a Russian proposal to place Damascus’ chemical-weapons arsenal under international control has evoked both cheers and jeers from across the political spectrum here Wednesday.
Next Page »
ADVERTISEMENT ADVERTISEMENT