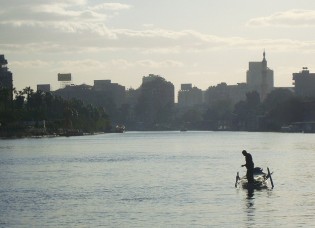 By Adam Bemma
Along the fertile banks of sub-Saharan Africa’s White Nile, one of the two main tributaries of the Nile River, a war veteran’s co-op is planting for a food secure future in South Sudan, a country potentially facing famine.
ADVERTISEMENT ADVERTISEMENT