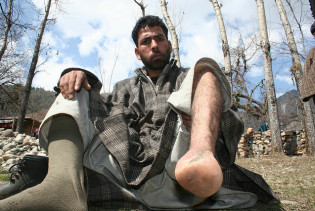 By Suvendrini Kakuchi
Sachiko Masumura (79) was standing just two kilometres away from the hypocentre of Little Boy, the atomic bomb that was dropped on Hiroshima, Japan over six and a half decades ago.

By Federico Mayor Zaragoza
Now that the war in Iraq is considered ‘over’, another major goal of Israel has come into view: attacking Iran on the pretext that it may possibly be working on a nuclear weapon - though Pakistan, China, and India definitely already have them.
ADVERTISEMENT ADVERTISEMENT