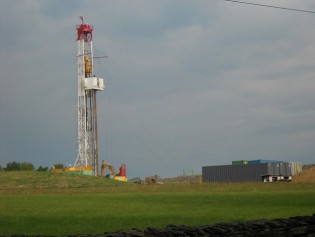 By Emilio Godoy
U.S. activist Vera Scroggins has been sued five times by the oil industry, and since October 2013 she has faced a restraining order banning her from any properties owned or leased by one of the biggest players in Pennsylvania’s natural gas rush, Cabot Oil & Gas Corporation.
ADVERTISEMENT ADVERTISEMENT