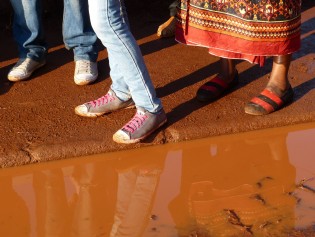 By Anne Mireille Nzouankeu
For nearly two years, not a single child with HIV has been born at the public hospital in the Cité-Verte district of Yaoundé, the capital of Cameroon. Dr Emilien Fouda, the hospital's director, says this proud record is the result of combined effort by his staff and community support groups.
ADVERTISEMENT ADVERTISEMENT