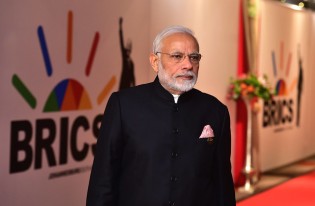 By Ranjit Devraj
“We worked for the poor and they voted us back to power,” was the explanation that Prime Minister Narendra Modi made to newly-elected legislators on Saturday, May 25, on the spectacular win scored by his nationalist Bharatiya Janata Party (BJP) in India’s just concluded general elections.
ADVERTISEMENT ADVERTISEMENT