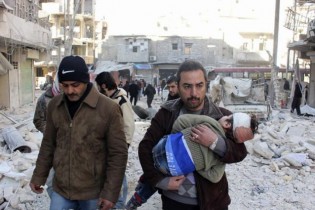 By Thalif Deen
As the long drawn-out Syrian military conflict passed a four-year milestone over the weekend, the New York-based Global Centre for the Responsibility to Protect (R2P) summed it up in a striking headline: 4 years, 4 vetoes, 220,000 dead.

By Thalif Deen
As the protracted Syrian conflict enters its fourth year, there seems to be little or no hope of a resolution to the devastating crisis.

By Samuel Oakford
On Jan. 11, 1994, Romeo Dallaire, force commander of the United Nations Mission in Rwanda, sent a fax to U.N. Headquarters in New York, telling officials there a source close to the government had confided to him that Tutsis were being forced to register themselves in Kigali.
ADVERTISEMENT ADVERTISEMENT