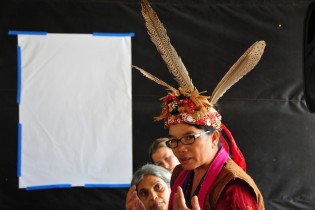 By Carey L. Biron
Global trends towards a strengthening of legal rights over land for local and indigenous communities appear to have slowed significantly in recent years, leading some analysts to warn that the fight for local control over forests has reached an inflection point with a new danger of backtracking on previous progress.
ADVERTISEMENT ADVERTISEMENT