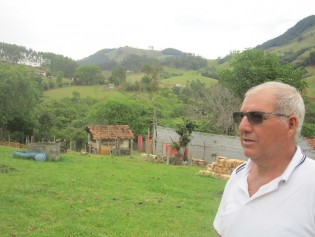 By Fabiana Frayssinet
The FIFA World Cup 2014 mascot was inspired by the three-banded armadillo, which is unique in its ability to roll up in a tight ball. The species is endangered in Brazil, which is hosting the upcoming global sporting event.
ADVERTISEMENT ADVERTISEMENT