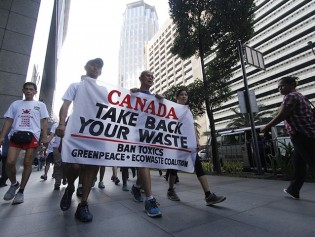 By Robbie Corey-Boulet
Nouma Camara, a 40-year-old tailor, remembers waking up on Aug. 20, 2006 to a smell he described as “something catastrophic.” His home in Akouedo village, in Côte d’Ivoire’s commercial capital city of Abidjan, lies adjacent to a large, open-air dumpsite where toxic waste had been dumped the night before.
ADVERTISEMENT ADVERTISEMENT