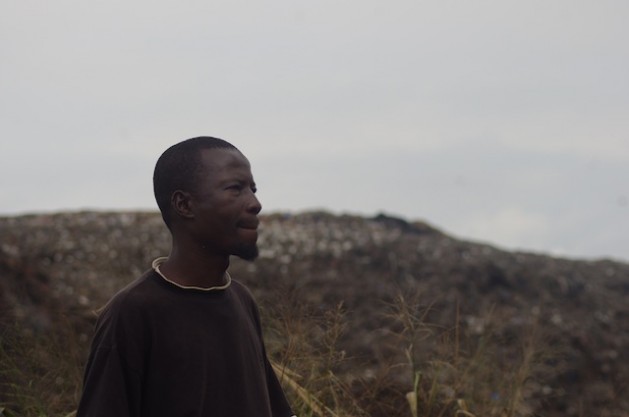 ABIDJAN, Sep 26 2012 (IPS) - Nouma Camara, a 40-year-old tailor, remembers waking up on Aug. 20, 2006 to a smell he described as “something catastrophic.” His home in Akouedo village, in Côte d’Ivoire’s commercial capital city of Abidjan, lies adjacent to a large, open-air dumpsite where toxic waste had been dumped the night before.

Almost immediately, the symptoms began to set in: nausea, headaches, eye irritation, blisters forming on his exposed skin. His wife, who was eight months pregnant at the time, fled to a village in the country’s north, concerned for their child’s safety. Camara eventually left for a short time as well.

“We couldn’t stay here because we didn’t want to smell this bad smell,” he told IPS, referring to what other victims have said was like a mix of garlic, gas and rotten eggs.

Six years later, blisters still form regularly on his hands, keeping him away from the clothes in his shop for days at a time. Although large sums have been allocated for compensation as part of settlements related to the toxic waste dumping at 18 different sites in the commercial capital of this West African nation, Camara is one of many victims who have never received so much as a dollar.

Ivorian authorities have said that the dumping of toxic waste created by Trafigura, the multinational Europe-based organisation, resulted in at least 15 deaths and spurred more than 100,000 residents of Abidjan to seek medical treatment.

On Tuesday Sep. 25, Amnesty International and Greenpeace International released the results of a three-year joint investigation that attempts to tell the whole story of the scandal.

The report recommended that the United Kingdom pursue criminal investigations against Trafigura and urged Côte d’Ivoire to review a 2007 settlement for 200 million dollars with the company that granted it immunity from prosecution here.

Audrey Gaughran, Amnesty International’s Africa director, told IPS that she believed the report provided “as solid a picture as we think is possible apart from an epidemiological study” on just how victims were affected. It also details the ways in which compensation schemes have fallen short.

The report described the waste’s convoluted path from the United Arab Emirates to Abidjan via Europe, and accuses Trafigura of exploiting weak international law enforcement in trying to dispose of it. But Gaughran said this was no excuse for any crimes that were committed to go unpunished.

“What happened here is that international laws weren’t properly enforced because we were dealing with an actor that was moving from jurisdiction to jurisdiction and from country to country,” Gaughran said. “What we’re working towards is full accountability so that victims get the compensation they’re entitled to.”

According to the report, Trafigura subjected large amounts of an unrefined gasoline called coker naphtha to a waste-generating process known as “caustic washing”. It then attempted to offload the waste in various locations in Europe and then in Nigeria before a subsidiary partnered with a newly-licensed company to offload it in Abidjan.

Waste was dumped in at least 18 different sites throughout the city, including near homes and schools.

Amnesty International and Greenpeace International said that while Trafigura did not dump the waste itself, it played a role that “has never been subject to a full court proceeding.”

In a response sent to Amnesty International and later posted on the multinational’s website, Trafigura said that the report contained “significant inaccuracies and misrepresentations.”

It also said the report “oversimplifies difficult legal issues, analyses them based on ill-founded assumptions and draws selective conclusions which do not adequately reflect the complexity of the situation of the legal processes.

“Courts in five jurisdictions have reviewed different aspects of the incident, and decisions and settlements have been made. It is simply wrong to suggest that the issues have not had the right judicial scrutiny,” Trafigura said.

The company also disputed the Ivorian government’s casualty totals, contending that the waste could only have caused “low level flulike symptoms and anxiety.”

Trafigura did agree that the implementation of compensation schemes has at times been “regrettable.” In 2007, Trafigura and Côte d’Ivoire reached a settlement in which the company would pay about 200 million dollars for compensation and clean-up while receiving immunity from prosecution.

But Gaughran said a government distribution scheme had to be closed down over “allegations of irregularities,” and it was unclear weather all the victims identified by the government had received payments.

In 2009, Trafigura agreed to pay 45 million dollars to settle a complaint brought by 30,000 victims in the U.K., but distribution was again corrupted – this time in a scandal that led to the May resignation of the Ivorian Minister for African Integration Adama Bictogo. Some 6,000 victims in the case did not receive the money that was owed to them, according to the report.

Helene Djeke, a 59-year-old resident of Akouedo village, said compensation would go a long way toward helping her take care of her 32-year-old daughter, who she said suffered heart problems and poor eyesight following exposure to the waste and has been unable to work ever since.

Even more helpful, she said, would be a full accounting of what exactly victims were exposed to – information that Guaghran said had not been disclosed.

“I’m not happy with the fact that the people who did this are still not punished,” Djeke said.

Yacouba Doumbia, president of the Ivorian Movement for Human Rights, said the organisation supported the calls to pursue criminal investigations into the dumping.

“We will work so that we can know the extent of the damages and the identities of those responsible, so that victims obtain fair reparation for the damages they have suffered,” he said.

Referring to the 2007 agreement that gave Trafigura immunity, Doumbia said: “We believe the state has failed Ivorians. The consequences of the spill of the waste were overlooked because of crass monetary considerations. Moreover, many victims who have been identified have so far received none of the money given to the state.”