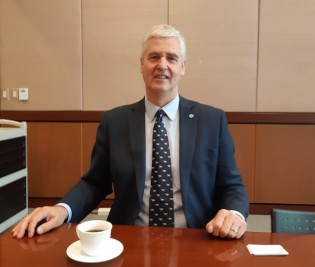 By Diana Mendoza
Anthony, a 22-year-old call centre agent, goes to work at 6 p.m. and finishes at around 2 a.m. But instead of going home, he heads to a bar to meet another male agent over beer, and if the late night looks promising, they spend more time together until daytime.

POLITICS-PHILIPPINES: Rice and Condom on the Election Agenda

By Diana Mendoza
Rice and condoms do not usually land on the same list of household basics in the predominantly Catholic Philippines, but extremely poor couples here with huge families would choose rice if given the two options.

By Diana Mendoza
Women and poverty still share an uncomfortable spot on the development matrix of countries across Asia-Pacific that are struggling to end deprivation, according to the newly launched third joint report of the United Nations and the Asian Development Bank (ADB) on the Millennium Development Goals (MDGs).

By Diana Mendoza
As president of an independent think tank advocating minimal government, Bienvenido Oplas, Jr. believes that a society will be more peaceful and dynamic if people will assume more individual and voluntary responsibilities over their lives, their families and their communities.
ADVERTISEMENT ADVERTISEMENT