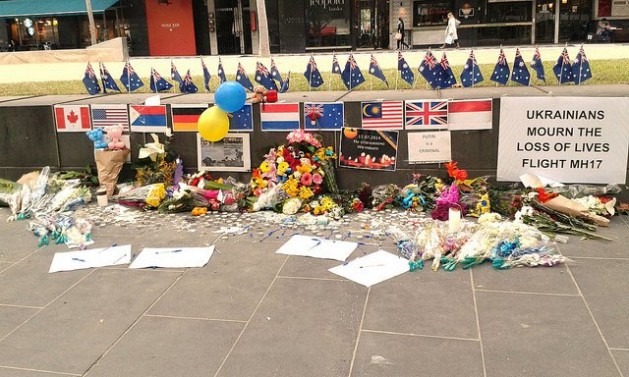 MELBOURNE, Jul 25 2014 (IPS) - The 20th International AIDS Conference concluded today as the first in its history that remembered not just the 39 million people worldwide who have died of AIDS but also those who lost their lives in the crashed MH17 flight carrying six of its delegates, one of whom was the past president of the International AIDS Society (IAS).

The double memorial, however, did not hamper 12,000 scientists, researchers, advocates, lobbyists, and activists from 200 countries, including 800 journalists, from scrutinising a few advances and disturbing setbacks in HIV and AIDS awareness and prevention, treatment to prolong and improve the quality of life of people living with HIV, and compassion and care to those infected and people close to them.

The IAS and the Joint United Nations Programme on HIV/AIDS (UNAIDS) said that globally, there are about 35 million people living with HIV in 2013, but 19 million of them do not know that they have the virus. Also in 2013, around 2.1 million became newly infected, and 1.5 million died of an AIDS-related illness.

"We will not stand idly by when governments, in violation of all human rights principles, are enforcing monstrous laws that only marginalise populations that are already the most vulnerable in society.” -- Francoise Barre-Sinoussi, president of the International AIDS Society (IAS)
But the good news is that HIV transmission has slowed down worldwide, according to Michel Sidibé, executive director of UNAIDS, and that millions of lives are being saved by antiretroviral drugs that suppress and slow down the replication of the virus, but do not eradicate it.

An estimated 13 million people are taking antiretroviral therapy that has resulted in a 20 percent drop in HIV-related deaths between 2009 and 2012. In 2005, there were only 1.3 million who were accessing ART.

Sidibé said at least 28 million people are medically eligible for the drugs. Currently, according to UNAIDS, spending on HIV treatment and prevention is around 19 billion dollars annually, but this needs to be scaled up to at least 22 billion dollars next year.

“We have done more in the last three years than we have done in the previous 25,” said Sidibé, who warned that these advances are disturbed by a few setbacks that are difficult to battle, such as laws against gay people in Africa and the crackdown on intravenous drug users in Russia.

In other countries, new policies have also emerged, criminalising homosexual behaviour and the use of intravenous drugs, and penalising those who engage in sex work.

Activists and experts say these policies help HIV to thrive by driving homosexuals, injecting drug users and male and female sex workers underground, where they have no access to preventative services.

Francoise Barre-Sinoussi, IAS president and chair of the conference who co-won the Nobel Prize for helping discover the virus that causes AIDS, said, “We will not stand idly by when governments, in violation of all human rights principles, are enforcing monstrous laws that only marginalise populations that are already the most vulnerable in society.”

The upsurge of anger was also obvious in the Melbourne Declaration that delegates were urged to sign early on, which demanded tolerance and acceptance of populations under homophobic and prejudiced attack.

The Melbourne Declaration called on governments to repeal repressive laws and end policies that reinforce discriminatory and stigmatising practices that increase the vulnerability to HIV, while also passing laws that actively promote equality.

Organisers believe that over 80 countries enforce unacceptable laws that criminalise people on the basis of sexual orientation and HIV status and recognise that all people are equal members of the human family.

The conference also called on health providers to stop discriminating against people living with HIV or groups at risk of HIV infection or other health threats by violating their ethical obligations to care for and treat people impartially.

Another setback is that while HIV infections lessened in number globally, some countries are going the other way. Sharon Lewin, an Australian infectious disease and biomedical research expert who co-chaired the conference with Barre-Sinoussi, said Pakistan, Indonesia and the Philippines are experiencing epidemics in their vulnerable populations with “worryingly high” proportions in 2013.

“While new infections continue to decrease globally, we are unfortunately seeing a very different pattern in Indonesia, Pakistan and the Philippines with increasing numbers of new infections in 2013,” Lewin said during the conference opening.

She cited men who have sex with men (MSM), sex workers, people who inject drugs and transgender persons as the most at-risk populations in the three countries.

In all the speeches, activities, and cultural events that happened inside and outside the Melbourne Convention Centre, reflections were dedicated to the six delegates who died in the plane crash and did not make it to the conference: former IAS president and professor of medicine, Joep Lange; his partner and Amsterdam Institute for Global Health and Development public health official, Jacqueline van Tongeren; AIDS lobbyists, Pim de Kuijer and Martine de Schutter; director of support at the Female Health Company, Lucie van Mens; and World Health Organisation media coordinator, Glenn Thomas.

Red ribbons that have been globally worn to symbolise AIDS advocacy were tied to panels of remembrance around the conference site.

Flags in several buildings around Melbourne and the state of Victoria were flown at half-mast at the start of the conference. A candlelight vigil was held at the city’s Federation Square a day before the conference concluded.

Lewin said that while sub-Saharan Africa remains accountable for 24.7 million adults and children infected with HIV, Asia-Pacific has the next largest population of people living with HIV, with 4.8 million in 2013, and new infections estimated at 350,000 in 2013.

Aside from Pakistan, Indonesia and the Philippines, she said Thailand and Cambodia are also causes for concern because of their concentrated epidemics in certain populations, while India remains a country with alarmingly high infections, accounting for 51 percent of all AIDS-related deaths in Asia. Indonesia’s new HIV infections, meanwhile, have risen 48 percent since 2005.

Meanwhile, the U.N. predicts that AIDS will no longer exist by 2030. UNAIDS’ Sidibé introduced the “90-90-90 initiative” that aims at reducing new infections by 90 percent, reducing stigma and discrimination by 90 percent, and reducing AIDS-related deaths by 90 percent.

“We aim to bring the epidemic under control so that it no longer poses a public health threat to any population or country. No one must be left behind,” Sidibé stressed.

The conference also saw a few hopeful solutions such as the portable HIV and viral load testing devices presented by pharmaceutical and laboratory companies that joined the exhibitors, and radical approaches to counselling and testing that involve better educated peer counsellors.

The World Health Organisation (WHO) issued consolidated guidelines on HIV prevention, diagnosis, treatment and care designed to assist health providers and policymakers develop HIV programmes that will increase access to HIV testing, treatment and reduce HIV infection in five key populations vulnerable to infection – men who have sex with men (MSM), people who inject drugs, sex workers, transgender people and people in prison and other closed settings – who make up 50 percent of all new infections yearly.

Part of the guidelines recommend that MSM – one of the most at-risk groups for new infections – consider pre-exposure prophylaxis or taking anti-retroviral medication even if they are HIV negative to augment HIV prevention, but they are asked to still used the prescribed prevention measures like condoms and lubricants. The prophylaxis that prevents infection can reduce HIV among MSM by 20 to 25 percent.