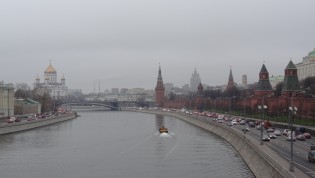 By Michelle Tolson
Times are tough in this Southeast Asian nation of 14 million people, where over 30 percent of the population lives below the poverty line of a dollar a day. Formal employment is hard to come by and many workers find themselves drifting in the murky waters of the “informal” market, where wages are unregulated and labour laws are seldom honoured.

By Sujoy Dhar
In a small dingy room on the edge of a brothel in west Kolkata, capital of the eastern Indian state of West Bengal, a 42-year-old former sex worker is trying to eke out a living selling cooked food in her neighbourhood, while tending to her sick husband and a paralysed son.

By A. D. McKenzie
When French police broke up a Nigerian human trafficking ring that allegedly forced young migrant women into prostitution, the arrests cast a sharp light on the plight of what the authorities called “modern-day slaves”, here and throughout Europe.

By Sujoy Dhar
Bare-chested and beaming in the company of many like him, London-based male sex worker Thierry Schaffauser wipes the beads of sweat trickling down his face on a humid Kolkata evening, and slams U.S. President Barack Obama.