NEW YORK, Jun 8 2013 (IPS) - The underground sex trade is closer to our everyday world than we may think. 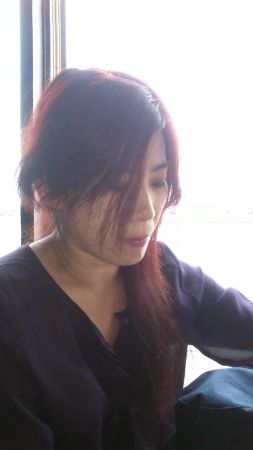 A brothel may be hidden inside that shabby building a few blocks away from home; the kitchen maid of our favourite Chinese restaurant may have gone into sex work to earn the money she desperately needs; a foreign student at the university we attend may do part-time sex work to support his or her studies.

These and other realities are investigated by journalist and writer Hsiao-Hung Pai in her new book “Invisible: Britain’s Migrant Sex Workers”, to be published in the United States this November.

Working undercover on exhausting shifts as a housekeeper in several brothels all over the U.K., Pai came in contact with the whole range of human stories that compose the sex trade: prostitutes, pimps, housekeepers and clients.

She collected their stories and created a book that highlights the complexity of this phenomenon, with all its political, social and human factors that sex workers themselves are not always aware of.

“They are not necessarily aware of all the factors, but … they are aware of the choices they have made in difficult circumstances and the … exploitation they are confronted with as a result of institutional failures,” Hsiao-Hung Pai told IPS, “They are also aware of their collective powerlessness.”

Backing people’s stories with data and research, the book shows the multiple paths that can bring migrant women to the “choiseless choice” of sex work.

In a foreign country, with no money, little understanding of English and often no legal status, migrant women find themselves vulnerable and completely isolated.

They become an easy prey for pimps who trick them with a fake promise of help, or sometimes they decide themselves to try sex work in order “to earn as much as possible as fast as possible”, instead of keeping on with a low paid job that will never enable them to survive abroad, send money home and sometimes also pay off huge debts to those who smuggled them into the country.

"[Being] a neutral observer...removes the possibility of ever obtaining an entirely unfiltered account of the issues you want to write about." -- Hsiao-Hung Pai

However, as the author explains in the introduction, she didn’t want to portray migrant women as merely victims of oppression, but also to document their resistance against the circumstances of their lives.

“Only you yourself can know if it is all worth the effort. No one else can judge or evaluate it for you,” says one girl in the book.

Sending money home, doing the job as a sacrifice for a better life for themselves and their families are topics that keep coming back in the words of sex workers throughout the pages. “If you don’t bring cash back home you are nothing,” a pimp tells Pai, in a bid to convince her to take up sex work.

“Life becomes a little purposeless when you don’t have someone to look after and to earn for,” says another sex worker.

Once in the sex trade, women often end up trapped in it for years, either because of a pimp controlling them or out of a desperate need for money and the lack of any other income alternative. Locked in their work in the brothel, they become more and more isolated from society.

“Some of them like the idea that they can talk with someone empathetic outside about their lives and continue to share their stories with me [after I left the undercover job],” Pai told IPS.

“It won’t be long before I can go back, to my daughter and my parents,” says a Chinese sex worker in Bedford, in the southeast of England, in a rare pause of reflection while she works herself to the bone to make that moment come faster.

This kind of slavery is complex and cannot be read solely through the lens of sex trafficking. Policy responses that blur the difference between illegal immigration and trafficking are questioned in the book.

“With this discourse, solutions to the ills of trafficking have concentrated exclusively on immigration controls,” it says, “‘Combating trafficking’ has become entwined with cracking down on ‘illegal immigration’.”

Such an approach leads to targeting trafficking networks while avoiding looking at more systemic factors that stem from the lack of institutional protection for migrants and the police turning a blind eye to prostitution.

A frequent state response to sex trade is its criminalisation, which leads to the closing of brothels and pushes sex workers into the streets and further underground, where they become much more vulnerable.

This is not the first time that Pai worked undercover. Before ‘Invisible’, she had already pretended to be an undocumented Chinese migrant worker in the U.K. during her research for the book “Chinese Whispers: The true story behind Britain’s hidden army of labour” (2008).

“The paradox is that sometimes we need to put on a different identity in order to understand how different social relations and identities really work. We need to deceive in order to expose deception,” she writes in the introduction of ‘Invisible’.

The idea of going undercover first came to her when a Chinese catering worker questioned her about the authenticity of reporting via conventional methods, she explained to IPS.

“Although it is a standard journalistic practice to adopt an objective stance as a neutral observer, doing so removes the possibility of ever obtaining an entirely unfiltered account of the issues you want to write about. … You lose the opportunity to build the closeness and intimacy which precondition truthfulness.

“I’d like to think that my work has done something in giving voice to the most marginalised groups of people in our society,” she said, “and hope that it will enable some change.”