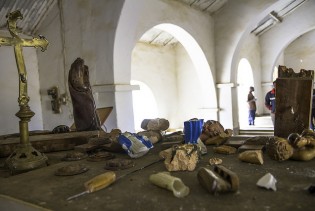 By Ousseini Issa
The little village of Chinagoder, on the Niger-Mali border, has become a refugee camp, flooded with Malian families fleeing fighting between their regular army and Tuareg rebels known as the MNLA - the National Movement for the Liberation of Azawad.
ADVERTISEMENT ADVERTISEMENT