Stories written by Soumaila T. Diarra
IPS correspondent Soumaila T. Diarra is a Malian journalist born in 1977. He grew up in the small village of Massantola and relocated to the north west of Mali 150 km from Bamako, the capital city of his country. Soumaila’s passion for journalism began in 2004 after he obtained a bachelor’s degree in history at the University of Bamako. Cuurently, he is a freelancer for local newspapers and a correspondent for Syfia International, Sporo magazine and Reuters AlertNet. Soumaila is also a media consultant for Panos London’s “Linking Southern Journalists with European Media” project. 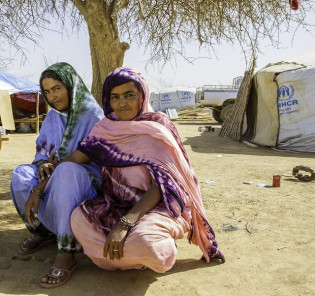 By Soumaila T. Diarra
An increasing number of Mali’s political groups have warned of widespread fraud ahead of the presidential election on Sunday Jul. 28.

By Soumaila T. Diarra
Soldiers belonging to the African-led International Support Mission to Mali continue to stream into this West African nation, as several hundred troops have already been deployed to secure towns across the country.

By Soumaila T. Diarra
West African heads of state have restated their determination that no member of Mali's transitional government will be allowed to stand in the country's next presidential election. Their statement has fed a growing debate over who should be allowed to run.

By Soumaila T. Diarra
Millet has become the basic ingredient for an enriched flour at the heart of an effort to establish a local, sustainable response to malnutrition in Mali.

By Soumaila T. Diarra
Her neat, bright yellow headscarf matches the rest of her outfit, but contrasts with her weary expression. Sokona Soumounou sits a little apart from the crowd queueing for assistance from the World Food Programme in the southern Mali town of Ségou.

By Soumaila T. Diarra
Cheick Modibo Diarra has been named interim prime minister of Mali as a transitional administration takes shape, to guide the country back to full constitutional government. But despite agreeing to hand power back to civilians, the military junta intends to retain an oversight role in the transition.

By Soumaila T. Diarra
As armed groups have captured Gao, Kidal and Timbuktu, the three largest cities in northern Mali, the differences within the alliance have begun to emerge. There are reports of rape and looting in Gao, while in Timbuktu an Islamist faction, Ansar Dine, has announced the imposition of sharia law.

Regional Leaders Give Mali Junta Three Days to Step Down

By Soumaila T. Diarra
West African heads of state meeting in Côte d'Ivoire have given Mali's military junta three days to restore constitutional order and step down – or face a range of diplomatic and economic sanctions.

By Soumaila T. Diarra
Mali's political parties have jointly called on the government to hold a forum for peace and reconciliation as a way to end a Tuareg rebellion launched several weeks ago. The uprising has forced around 55,000 people out of their homes, the majority fleeing the fighting in the north of the country, but others are seeking shelter from ethnic tension and violent demonstrations in cities in the south.

By Soumaila T. Diarra
A new family law has raised tension in Mali. This controversial law, intended to give greater freedoms and rights to women, has been sent back to the National Assembly for a second reading after protests from Muslim radicals.
ADVERTISEMENT ADVERTISEMENT