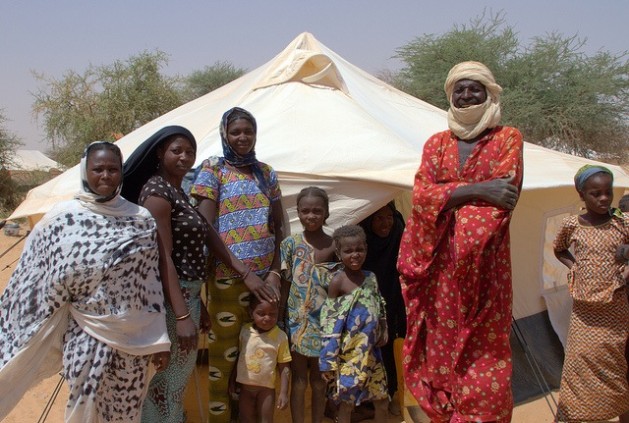 BAMAKO, Nov 13 2012 (IPS) - West African heads of state have restated their determination that no member of Mali’s transitional government will be allowed to stand in the country’s next presidential election. Their statement has fed a growing debate over who should be allowed to run.

Mali is expected to hold presidential elections in 2013, following the recapturing of the north of the country, which is currently occupied by armed Islamist groups. To regain control of the north, the Economic Community of West African States, whose leaders met most recently on Nov. 11 in the Nigerian capital, Abuja, have made an initial commitment to deploy a 3,000-strong military force to Mali for a year.

The decision to make members of the interim government of Mali ineligible to contest next year’s election was reached during a meeting of the ECOWAS contact group on Mali, held on Jul. 7 in Ouagadougou, Burkina Faso, and forwarded to a process of national consultations in Mali for confirmation.  Earlier discussions by Malian political forces had already arrived at the same decision in April.

But during a cabinet meeting on Oct. 31, Mali’s interim prime minister, Cheick Modibo Diarra, announced his intention to run for president, and blocked the release of a communique forbidding members of the transitional administration from presenting themselves as candidates. Questioned about this on national television on Nov. 10, he did not deny his intention to contest the election, saying only that it was too early to talk about it.

Malians are divided on whether the prime minister, the interim president, and other members of the transitional administration should be eligible. News of Diarra’s intention to run for president is a hot topic in the streets of Bamako, with a debate raging in the local press over whether he would need to resign his current post if he wants to stand.

“The prime minister is a citizen like all the others, so he has the right to present himself in the next elections,” Cheick Koné, an English teacher in a Bamako school, told IPS.

Many ordinary Malians feel those who don’t want the prime minister to stand are being unfair. “It’s not normal, because the prime minister is fighting hard against corruption,” Koné added. “And that’s why he must run for president.”

Oumou Berthé, a member of the National Civil Society Forum, believes that ECOWAS’s statement will help to clarify matters. “The fact that the heads of state of ECOWAS are repeating that members of the transitional government should not contest the next elections has relaunched the debate at the international level. And I think that the prime minister will have to take into account the concerns of the international community,” she told IPS.

The Malian prime minister is in charge of organising national consultations among the country’s political actors to resolve this question. But he is suspected by some political figures of manoeuvring with an eye to authorising his candidacy at the end of these meetings.

“The prime minister has realised that he loves power,” said Boubacar Diarra, an activist with the United Front to Safeguard Democracy and the Republic. “He wants to run for president, while those who supported him – like the members of the former junta – are not supportive of his candidacy.”

The United Front is a political coalition that opposed the Mar. 22 coup d’état which toppled the government of President Amadou Toumani Touré, and which has declined to participate in the consultations organised by the interim prime minister.

Dissatisfaction – both within the army and in the wider population – with the Touré government’s response to a January uprising in the north of the country was a key factor leading up to the coup, but an expanding cast of factions then took advantage of the instability and seized the northern part of the country.

Modibo Diarra, a 60-year-old astrophysicist who planned to run in presidential elections originally scheduled for April 2012, was appointed interim prime minister on Apr. 6 in a deal brokered between the coup plotters and ECOWAS.

The prime minister’s desire to stand for election appears to have created a crisis at the heart of the interim government. At the start of November, the minister for territorial administration, Moussa Sinko Coulibaly, who is in charge of organising the elections and is reputedly close to the former junta, told representatives of political parties he opposed Diarra’s candidacy.

Responding to questions about the legitimacy of ruling that members of the transitional administration are ineligible, Mahamadou Sangaré, a political scientist at the University of Bamako, recalled the situation in 1992.

“There is a legal precedent from the transition organised by Amadou Toumani Touré in 1992, after the fall of the government of General Moussa Traoré. The president of that transition and his prime minister, Soumana Sacko, were not candidates in any election at the time,” he said.

“At the end of the day,” Sangaré continued, “the prime minister is in a difficult position, because he has convinced the United Front to participate in consultations on the one hand, while on the other, he has to achieve cohesion in the heart of the government on the question of ineligibility of members of the transition.”