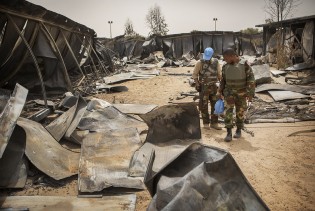 By Phumzile Mlambo-Ngcuka
When war erupts, women are often the first to experience the harsh brutality and the last to be called to the peace table. A resolution adopted Friday by the U.N. Security Council moves us one step closer to the full participation of women as leaders for peace and security.
Next Page »
ADVERTISEMENT ADVERTISEMENT