IBADAN, Nigeria, Jan 5 2016 (IPS) - 2016 is the International Year of Pulses, and we at the International Institute of Tropical Agriculture are proud to be organizing what promises to be the landmark event, the Joint World Cowpea and Pan-African Grain Legume Research Conference. 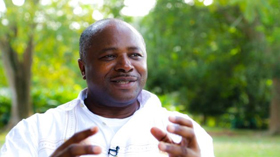 The March event in Zambia should draw experts from around the continent and beyond and offer an opportunity to share ideas into the edible seeds – cowpeas, common bean, lentils, chickpeas, faba and lima beans and other varieties – now enjoying their well-deserved 15 minutes of fame as nutritional superstars.

Pulses may look small, but they are a big deal.

Nutritionists consistently find that their low glycemic profiles and hefty fiber content help prevent and manage the so-called diseases of affluence, such as obesity and diabetes. And the protein they pack holds great potential to assist the world in managing its livestock practices in a more sustainable way, so that more people can enjoy better and more varied middle-income diets without placing excess strains on natural resources.

First and foremost, we must make more pulses available. Global per capita availability of pulses declined by more than a third in the four decades following the 1960s. But production has been growing sharply since 2005, especially in developing countries. Cowpeas have been one of the specific leaders of this trend, which has been marked by very welcome increases in yield as well as more hectares being planted.

Importantly, almost a fifth of all pulses today are traded, up almost three-fold from the 1980s, a pace that vastly outstrips the growing trade in cereals. Moreover, while North America is an exporting powerhouse, so is East Africa and Myanmar; more than half of all pulses exports now come from developing countries.

There is a serious opportunity to scale up these protean protein sources.

The good news for the millions of small family farmers is that this may be more about reclaiming a traditional virtue than revolution. After all, the prolific Arab traveler Ibn Battuta wrote about Bambara nuts fried in shea oil while on a trip to Mali and the Sahel back in 1352. The cowpea fritters, known as akara in Nigeria and often seen at roadside stands around West Africa, are their direct descendants, and the elder siblings of acarajés, declared part of the cultural heritage of Brazil – where they are eaten with shrimp – and where their Yoruba name survived the dreadful middle passage of the slave trade.

We at IITA have been cowpea champions for decades. Just this month Swaziland’s Ministry of Agriculture released to local farmers five new cowpea varieties we developed – seeds that mature up to 20 percent faster and yield up to four times more. That latest success comes in great measure, thanks to IITA’s gene bank, which holds, for the world community, 15,112 unique samples of cowpea hailing from 88 countries.

Why so many cowpeas? Our question is why aren’t more being grown!

After all, cowpea contains 25 percent protein, is an excellent conveyor of vitamins and minerals, adapts to a broad range of soil types, tolerates drought as well as shade, grows fast to combat erosion, and as a legume pumps nitrogen back into the soil. We can eat its main product – sometimes known as black-eyed peas – and animals enjoy the residual stems and leaves.

So why don’t we hear more about it? Well, perhaps the world wasn’t listening, but it’s about to have another chance.

Seriously, though, cowpeas come with problems. First of all, the plant is subject to assault at every point in its life cycle, be it from aphids, mosaic virus, pod borers, rival weeds, or the dreaded weevils that fight with fungi and bacteria to consume the seeds while in storage. These are things IITA scientists try to combat, through seed breeding or spreading innovative technologies such as the PICS bags that keep the weevils out.

There is much more to learn, about the plant, how to grow it, and how to bolster its role in the food system. I’lll wager that in the Year of Pulses much will be learned about processing, a critical phase, and one that is already allowing many Nigerian businesses to prosper. Perhaps big global food manufacturers will find new ways to grind pulses into their grain products to produce healthier foods with more complete proteins.

As for farming cowpea, the plant can serve to reduce weeds and fertilizer for the cash crops. It is also harvested before the cereal crops, offering food security and also flexibility, as farmers can choose to let the plants grow, reducing bean yields but increasing that of fodder.

The plant’s epicenter – genetically and today – is West Africa. Nigeria is the big producer, but is also the main importer from neighboring countries. Niger is the world’s biggest exporter. But its ability to deal with dry weather and help combat soil erosion might be of interest elsewhere, such as in Central America’s dry corridor.