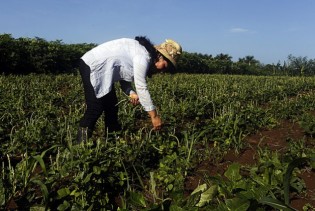 By Nteranya Sanginga
2016 is the International Year of Pulses, and we at the International Institute of Tropical Agriculture are proud to be organizing what promises to be the landmark event, the Joint World Cowpea and Pan-African Grain Legume Research Conference.
ADVERTISEMENT ADVERTISEMENT