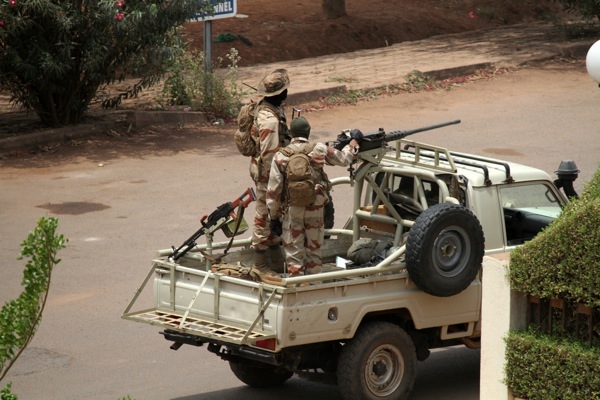 WASHINGTON, Nov 2 2012 (IPS) - Despite growing western concerns about the continuing reign in northern Mali by an Al Qaeda-linked group, analysts here say it will take months before conditions could be ripe to oust it from the region, by military force if necessary.

The United States and the European Union (EU), which have held a series of meetings about the situation, are hoping that the 15-nation Economic Community of West African States (ECOWAS) will soon come up with a viable plan to reclaim the area, which has been in the hands of the group Ansar al-Din since last spring.

They are also trying to enlist the support of a somewhat ambivalent Algeria, which Secretary of State Hillary Clinton visited earlier this week. Given its 1,400-kilometre border with northern Mali, as well as its formidable counter-terrorist and military capabilities, Algeria’s cooperation with any western-backed ECOWAS force is seen as indispensable to any campaign to remove Ansar al-Din.

ECOWAS has so far proposed a force of only 3,300 troops, recruited from member nations, as the military component of a larger strategy to wrest control of territory that is roughly the size of France. Meeting in mid-October, the United Nations (U.N.) Security Council dismissed ECOWAS’s proposal as unrealistic and called for the group to come up a viable intervention plan by the end of this month.

“We have to wait and see if ECOWAS is serious,” J. Peter Pham of the Atlantic Council here in Washington told IPS. “3,300 troops is not serious; in fact, it’s a sick joke, especially for the 3,300 soldiers who will be coming from the tropical belt of West Africa and who will be swallowed up by the desert where they’ve never been before.”

U.N. specialists say that at the very least twice that number of troops will be needed to take on Ansar, whose members are reportedly imposing their Taliban-like version of Shariah law with considerable brutality throughout the region, including in the storied city of Timbuktu.

Both the United States and the EU have suggested they are willing to provide any African operation with training, equipment, and logistical and intelligence support, and the Washington Post reported in June that the U.S. is flying surveillance flights over northern Mali from a small base in Burkina Faso. But so far the U.S. and EU have not offered to put “boots on the ground”, at least in a combat role.

Earlier this week, the EU said it was also considering sending about 200 troops to train Mali’s poorly equipped and largely demoralised 6,000-man army, whose overthrow of the democratically elected government helped precipitate the current crisis. At an Oct. 19 summit, EU ministers said Ansar’s control of northern Mali posed an “immediate threat” to Europe.

For its part, the United States, in particular its State Department, has expressed growing impatience, in part due to reports that the Islamist forces believed responsible for the killing of the U.S. ambassador to Libya and three of his staff in Benghazi in September may have included individuals associated with Ansar or with the wider group Al Qaeda in the Maghreb (AQIM).

Indeed, shortly after the killings in Benghazi, Assistant Secretary of State for African Affairs Johnnie Carson stressed the urgency of putting together an ECOWAS-led force. Any solution “must be dealt with through security and military means”, he said.

But the Pentagon, including its five-year-old Africa Command (AfriCom), is reportedly somewhat less gung-ho, according to Pham and other analysts who stressed that many more steps, including the creation of a popularly supported government in Bamako and the reconstruction of the army, must be taken before any military intervention is attempted.

In many ways, Mali and its once thriving, albeit clearly fragile, democracy were collateral damage resulting from last year’s western-backed overthrow of Libya’s leader Moammar Gadhafi.

Tuareg fighters employed as mercenaries by the fallen dictator returned home in northern Mali with sophisticated weaponry and, backed by Ansar and AQIM, soon overwhelmed Mali’s army and triggered the coup d’etat in Bamako by a U.S.-trained officer, Captain Amadou Haya Sanoga. Ansar and AQIM then turned against those of their Tuareg allies who did not share their Islamist agenda.

More than 300,000 people have fled their harsh rule, which has reportedly included the forced recruitment of children into their armed militias, according to the U.N. and human rights groups.

While the vast region they control is mostly desert, it includes lucrative smuggling routes for everything from tobacco and narcotics to arms and sub-Saharan African migrants hoping to reach Europe.

As a result, the region offers not only a potential safe haven and training ground for militant Islamists, but also one that can sustain itself economically. U.S. officials are particularly worried about reports that members of the Nigerian group Boko Haram are travelling to northern Mali for training.

The Nigerian army, which has accumulated considerable peacekeeping experience, is regarded as critical to an effective ECOWAS force that is expected to also include troops from Sierra Leone and Liberia.

Some officials here are touting a so-called “Somalia model” in which U.S.- and western-backed troops from nearby African states, combined with a weak Somali army, effectively wrested control of most of the country from another Al-Qaeda affiliate, Al-Shabab, earlier this year.

But that parallel strikes some experts as far fetched, at least in the short to medium term. “Look at how long that Somalia effort went before there was any progress at all,” noted David Shinn, a former U.S. ambassador to Ethiopia who now teaches at George Washington University.

The U.N.-authorised operation took more than five years to gain control of key cities and parts of the countryside, Shinn pointed out.”I can understand the general concept that must be the same, but keep in mind it took a heck of a long time in Somalia, and that could be the same result in Mali,” he told IPS.