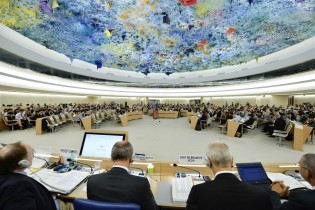 By Idriss Jazairy
In my personal capacity as an academic from the Global South and a retired international civil servant, I undertook a study for the Geneva Centre for Human Rights Advancement and Global Dialogue which was published in November 2014. This was at a time when I had no idea that I would later become a member of this elite group of Special Procedures Mandate Holder. The study is entitled “In Defence of Special Procedures of the Human Rights Council: An alternative narrative from the South”.